Good evening from Tokyo after the second state of emergency was lifted.
Day 13 after the lifting.

Almost the same as usual. The number of new infections is still rising in Tokyo and Osaka. The leader of Japan’s Corona team, Dr. Omi, said that we are already in the early stages of the 4th wave. Well, everybody knew that already. Mr. Edano, the leader of the Opposition party, demanded that the Government declare the state of emergency again.

Today there are some good news unusually. The Governor of Osaka, where the number of infections is rising, has decided to cancel the Olympic Torch Relay in Osaka City. The Olympic Minister accepted this decision. The Torch Relay will be carried on in Osaka Prefecture except in Osaka City.

The best news. It’s expected that the vaccine for 36 million people over the age of 65 will be in stock, and all of them will receive their 2 shots of vaccine by the end of June. However, it’s very doubtful that the vaccinating system and the arrangements for medical staff will run smoothly. The Government will provide the vaccine. But the actual services will be provided by the local government. I have a hunch that the chaos of slapstick, which is the Japanese tradition, will start.

The cherry blossoms season has past. In Tokyo, Yae-zakura (double-flowered cherry blossoms) have started to bloom. Until the end of April, many varieties of Yae-zakura will be in flower one after another. I’m so looking forward to it.

Today I post the photos of the rare Yae-zakura called Gyoiko. It has green flowers, and turn red at the end of their season. I took the first 5 photos on 1 April. These are the beginning of the Gyoiko flower. The second half of the photos are of the same tree, taken 1 year ago. The flower colour changed from green to red. It’s very interesting and beautiful. 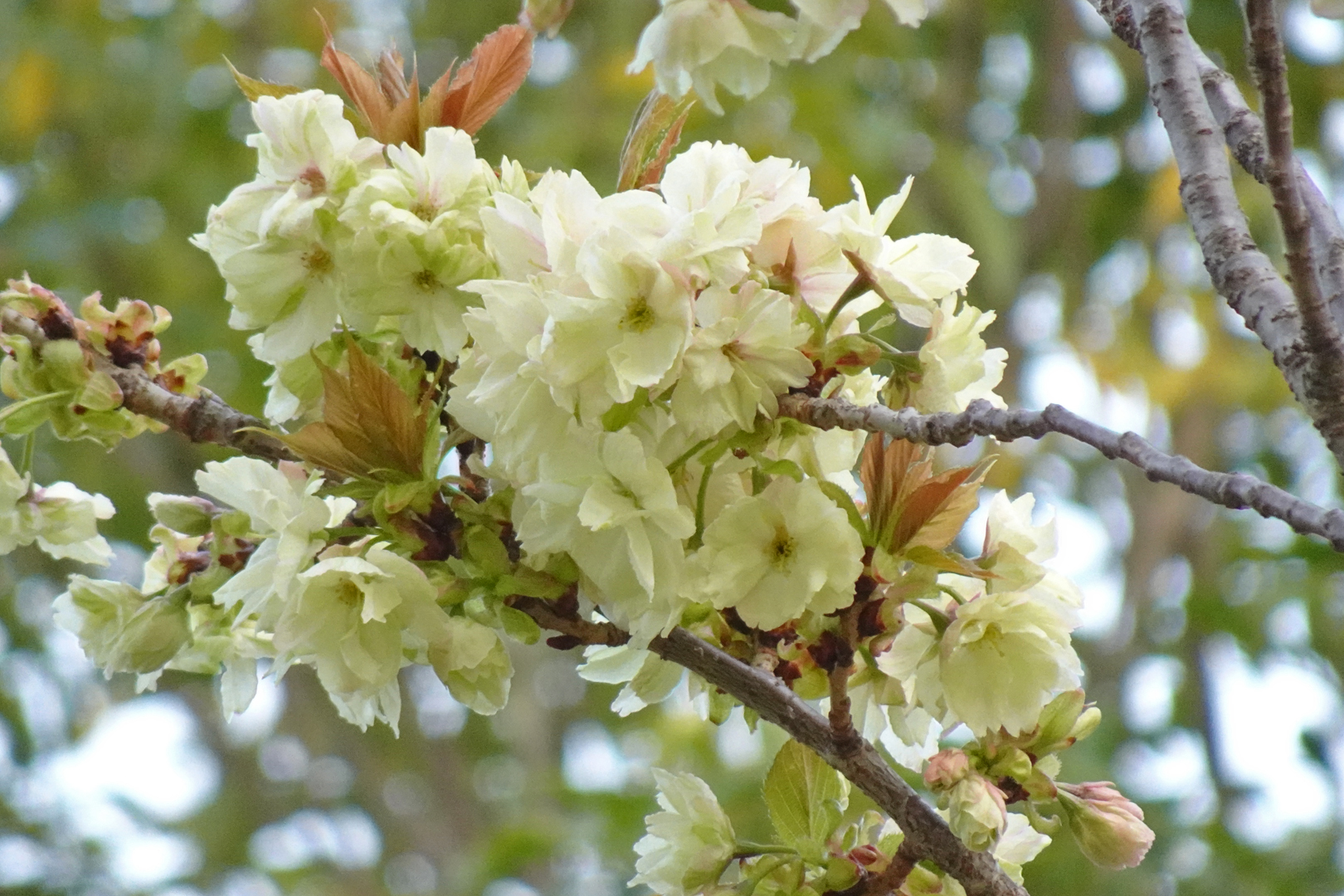 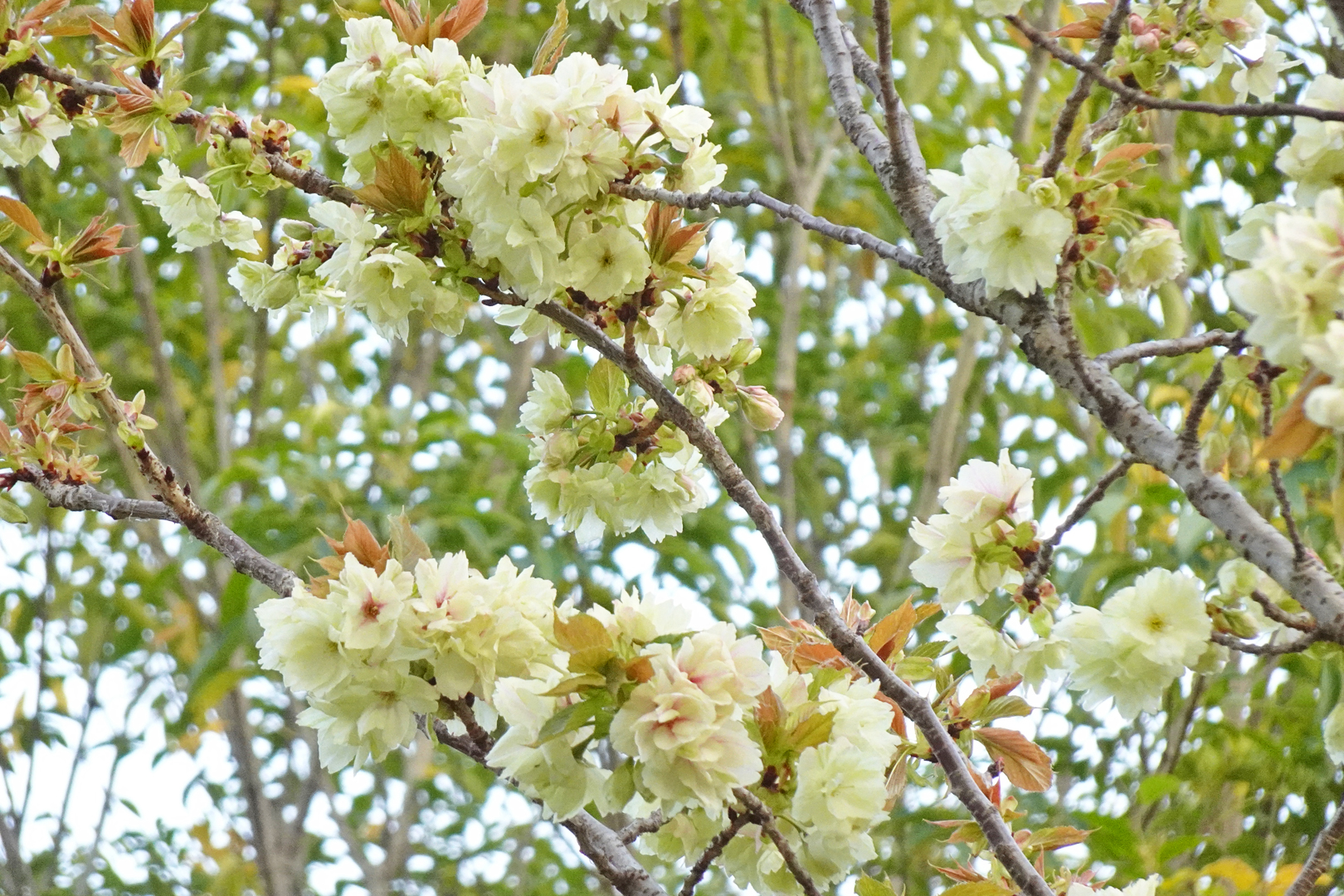 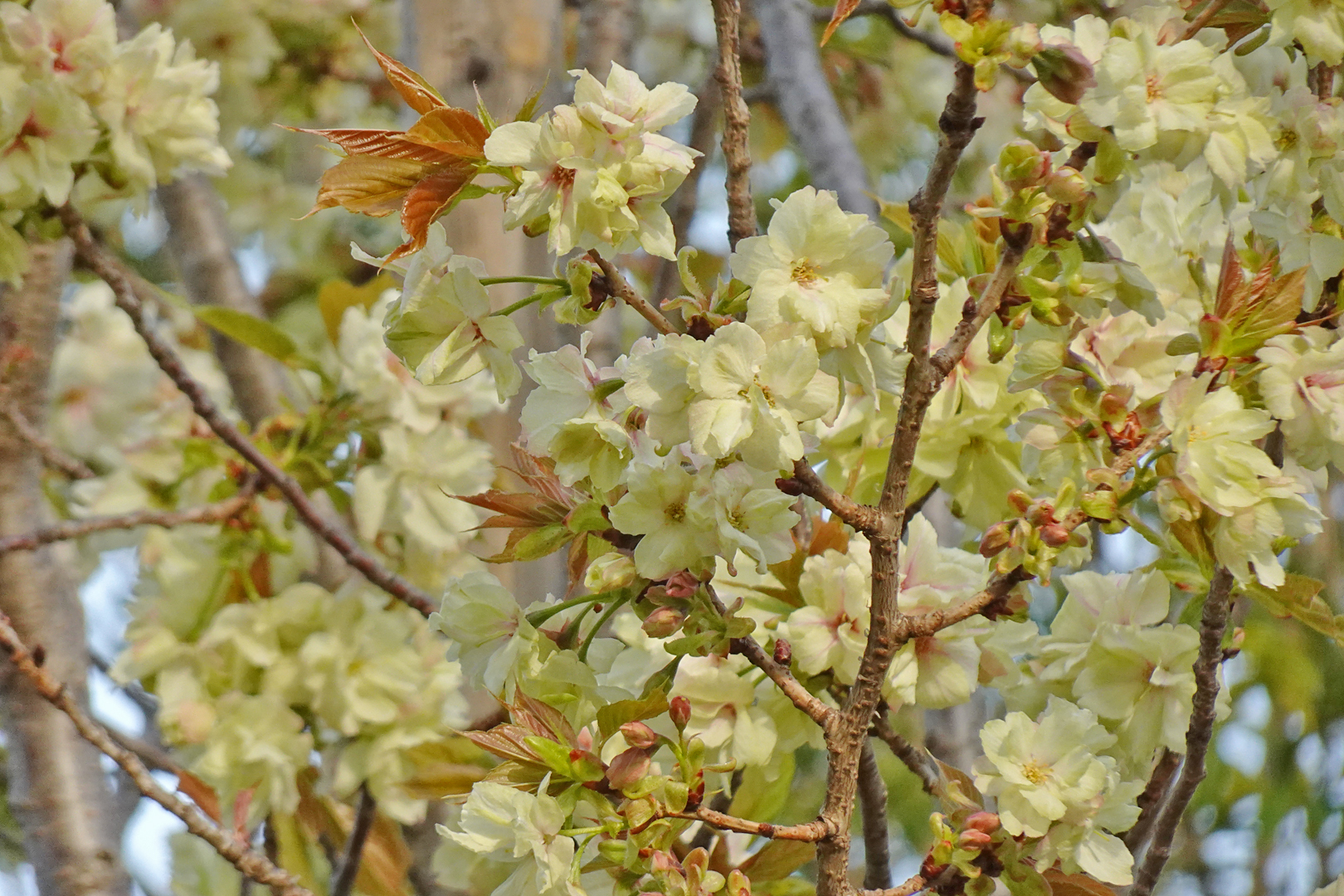 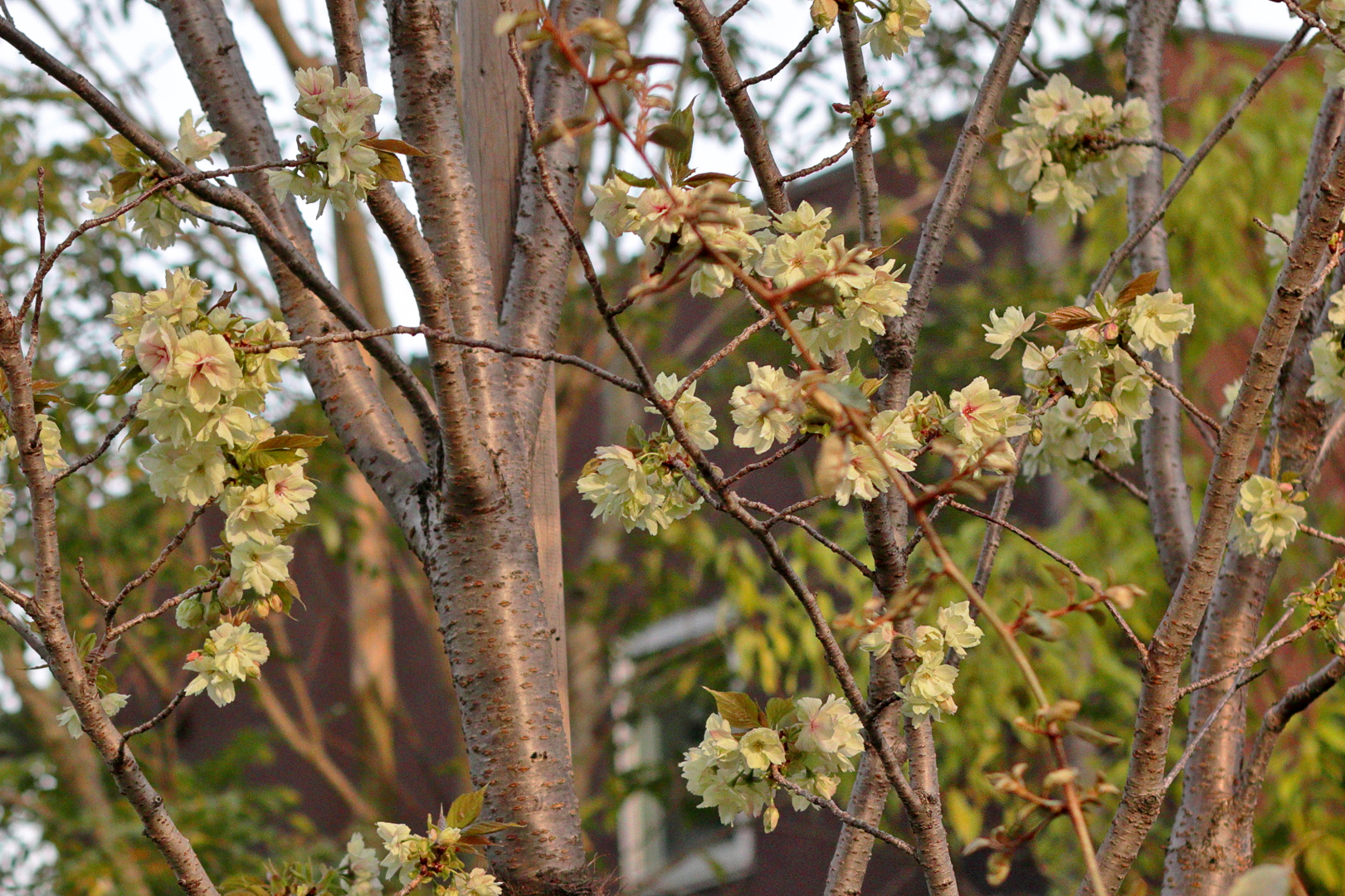 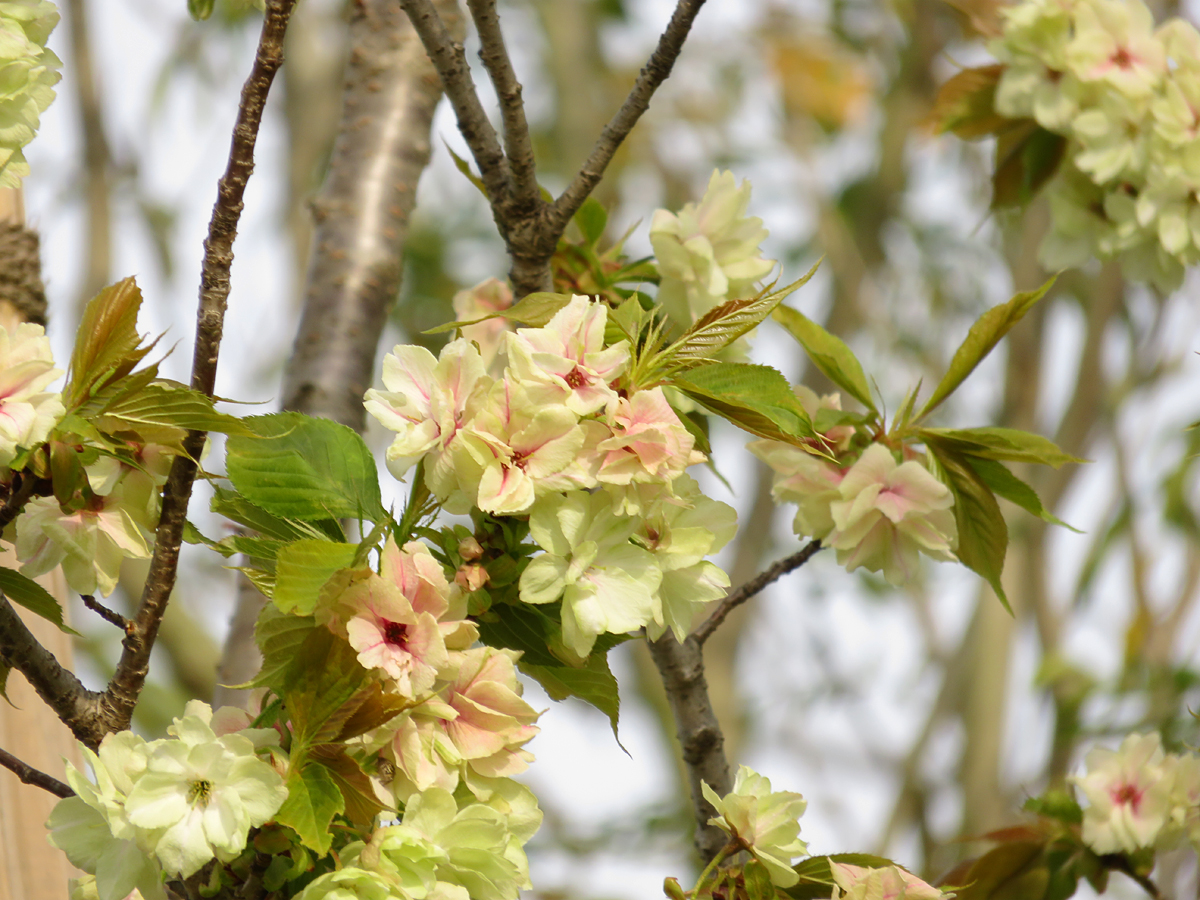 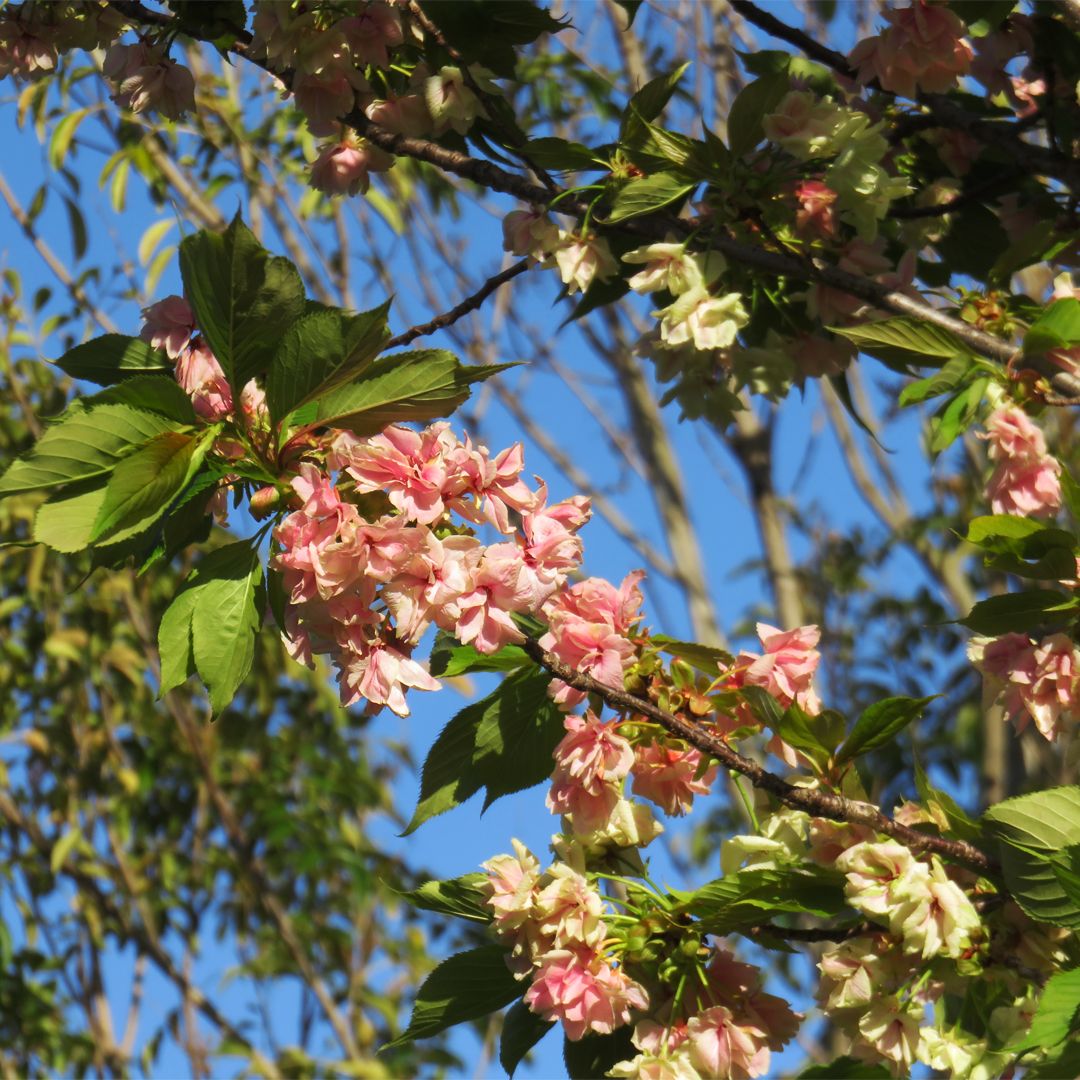 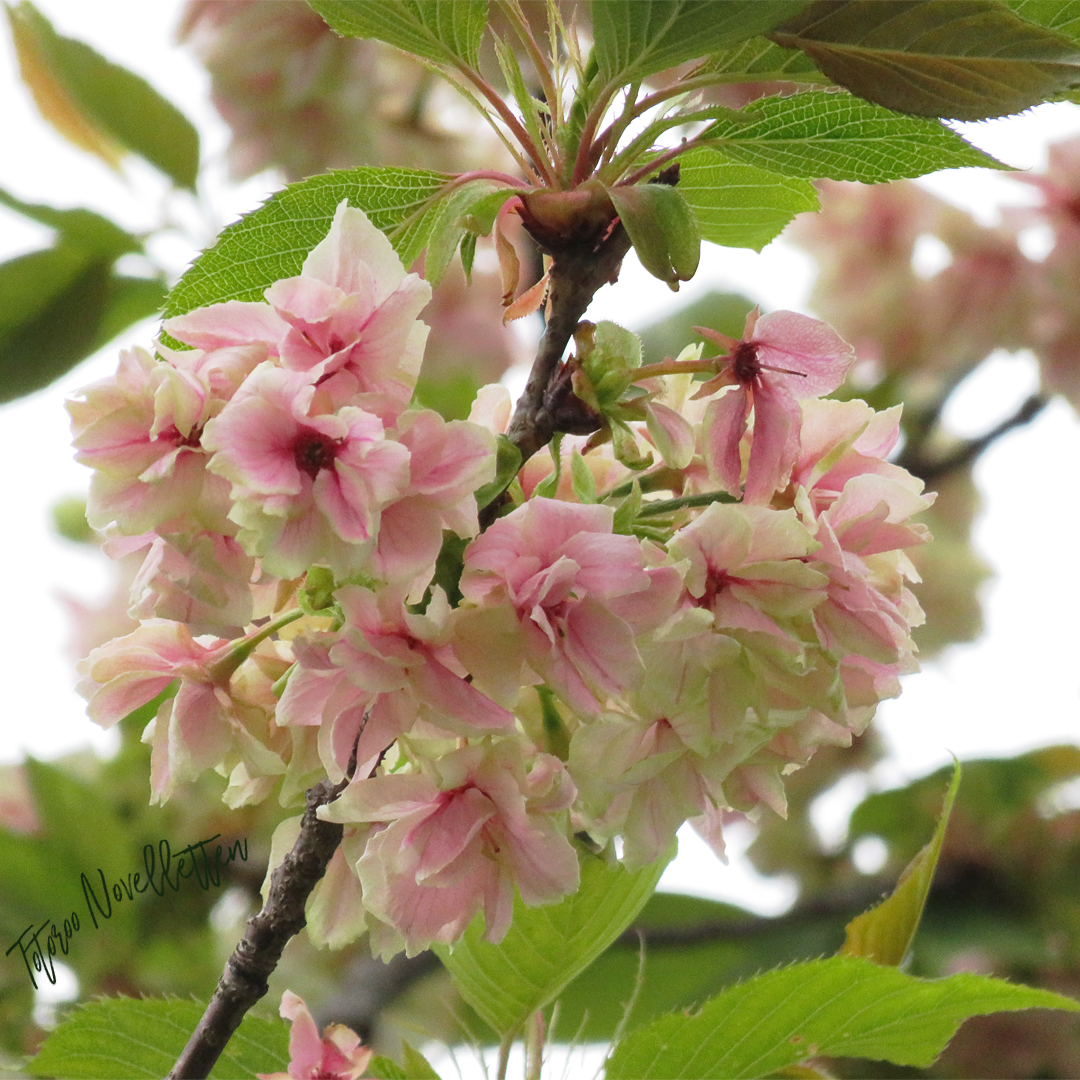 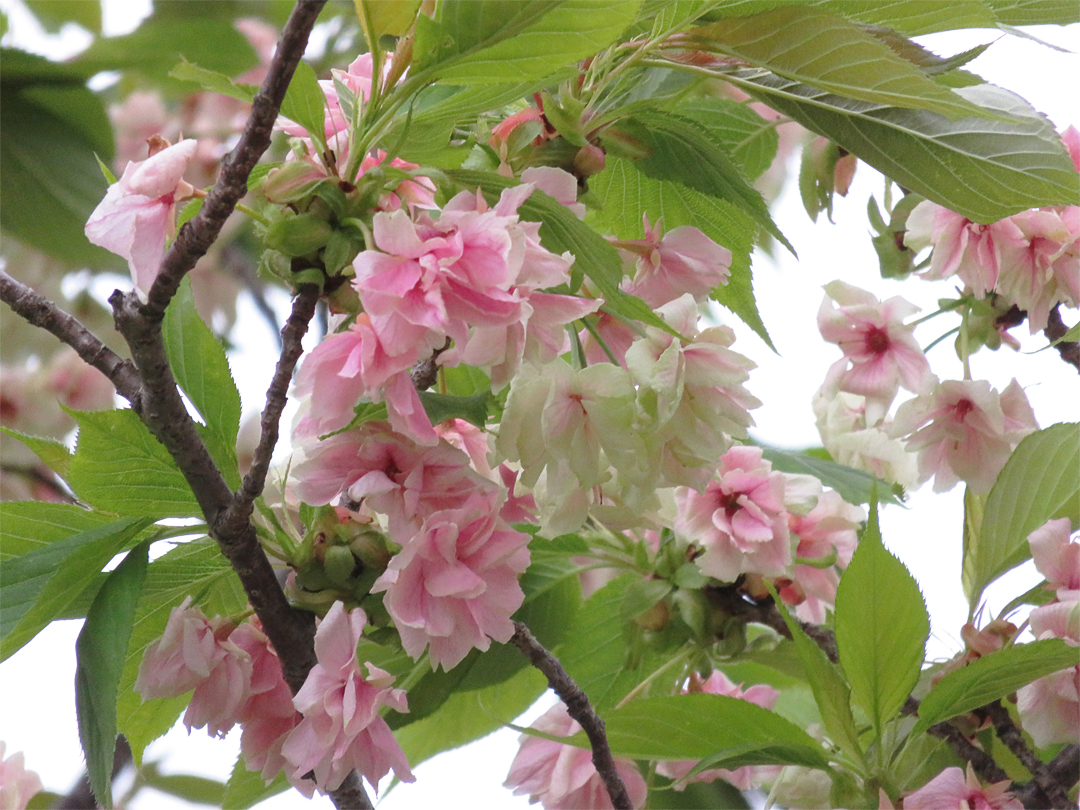 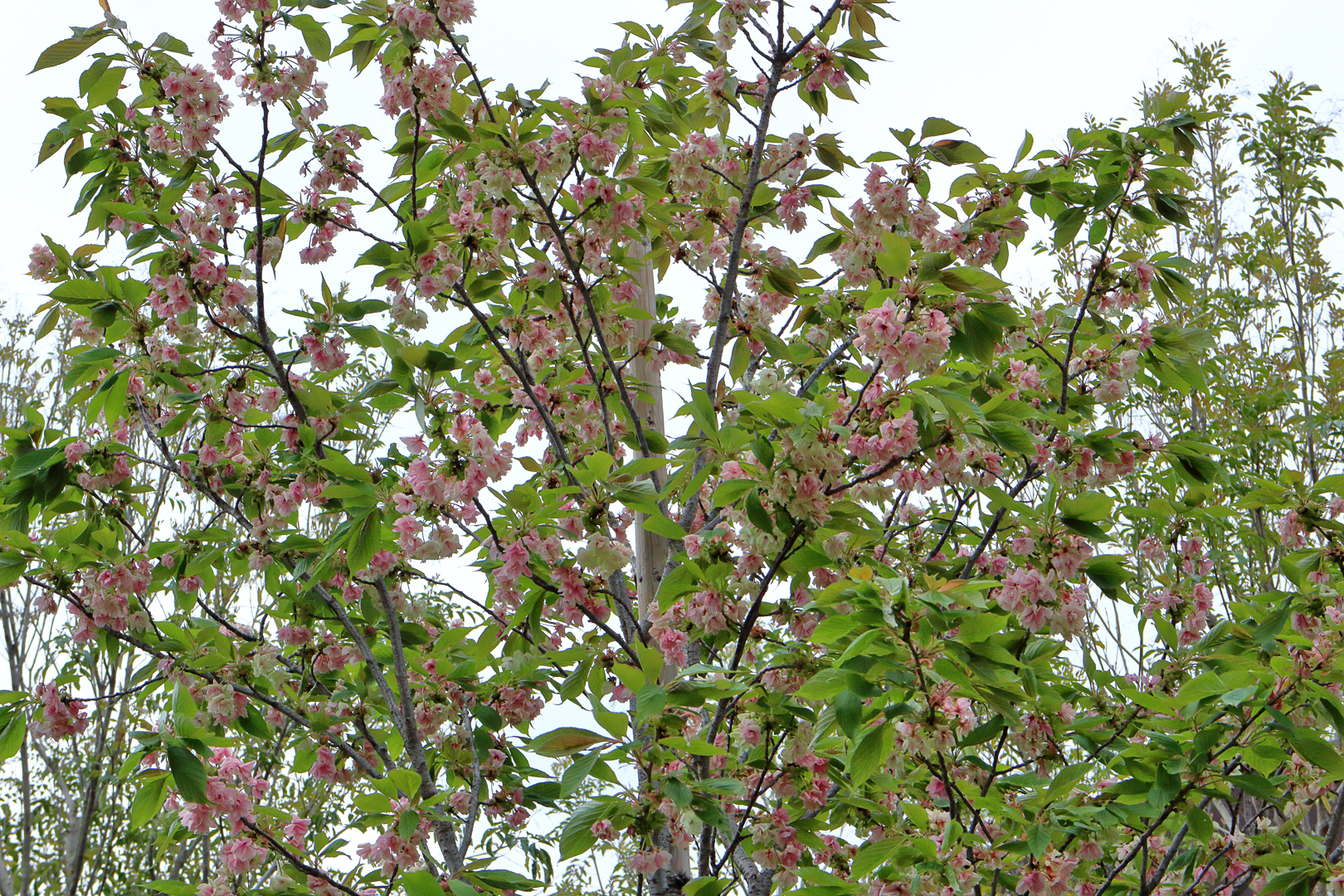