Good evening from Tokyo under the third time state of emergency.
Day 21.

Worldwide criticism is growing for the money-mad IOC and Thomas Bach, who are trying to make a forced the Olympics to be held two months later in Tokyo which is on the verge of a medical collapse caused by the Corona disaster. Following the Washington Post and the New York Times, the BBC, CNN and Libération all said the Olympics should be cancelled.
https://www.bbc.com/news/world-asia-57097853
https://edition.cnn.com/2021/05/14/business/rakuten-tokyo-olympics-intl-hnk/index.html

In Gifu Prefecture, near Nagoya, the state of emergency is expected to be declared. All over Japan there is a serious spreading of a variant virus from UK. In Tokyo, the killer variant virus from India has been found to have started to spread in the city.

Today’s photos are the Hakone-Utshigi (Weigela coraeensis). The white and pink flowers are graceful and lovely. I took these photos yesterday. The flowers were in full bloom. Last year, when I saw them in full bloom in the same place, bees and many other insects were swarming the flowers for the nectar. Yesterday I didn’t see them. I wonder maybe they had finished their sweet lunch of the nectar and went for a walk?

Have a happy weekend.
Good night. 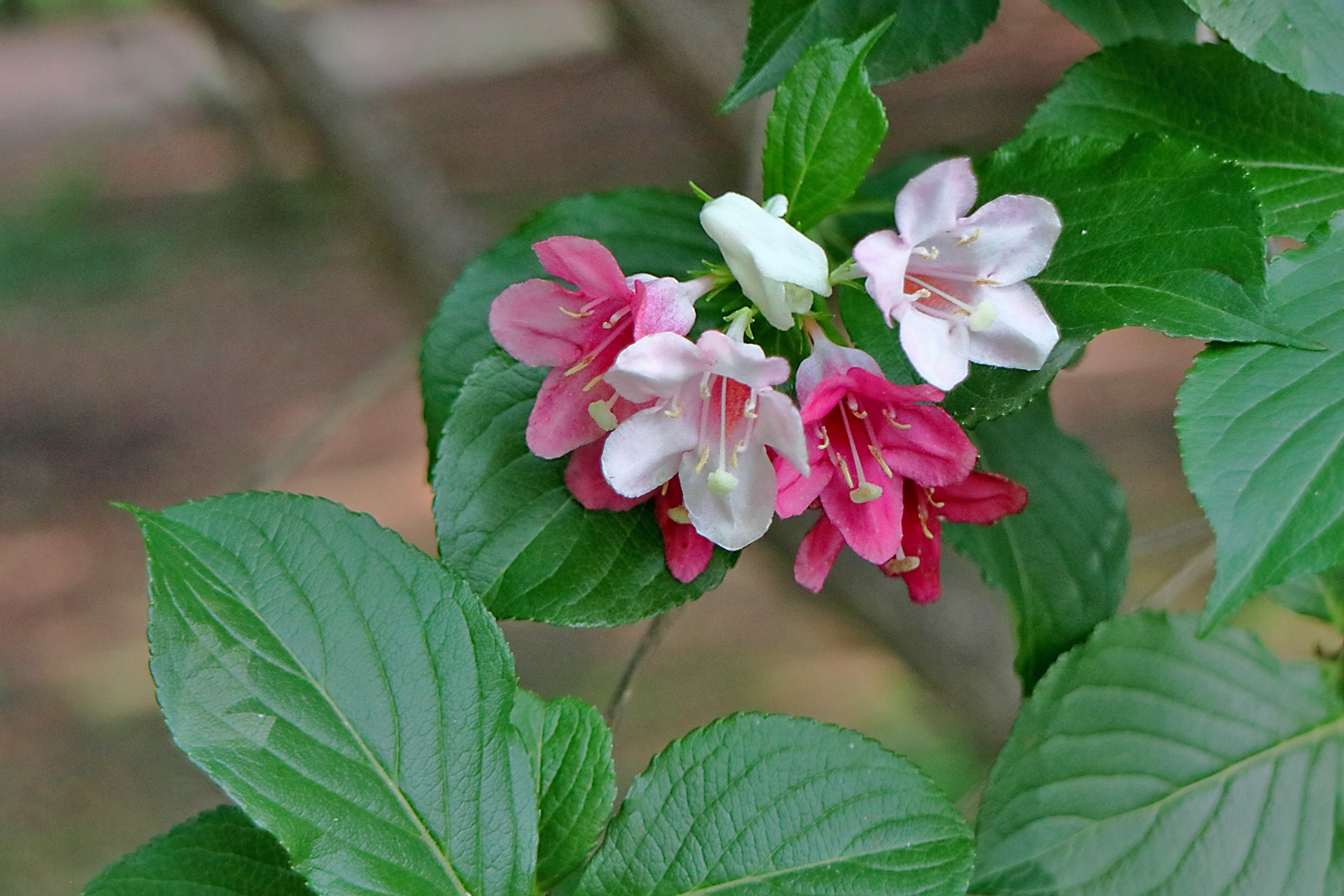 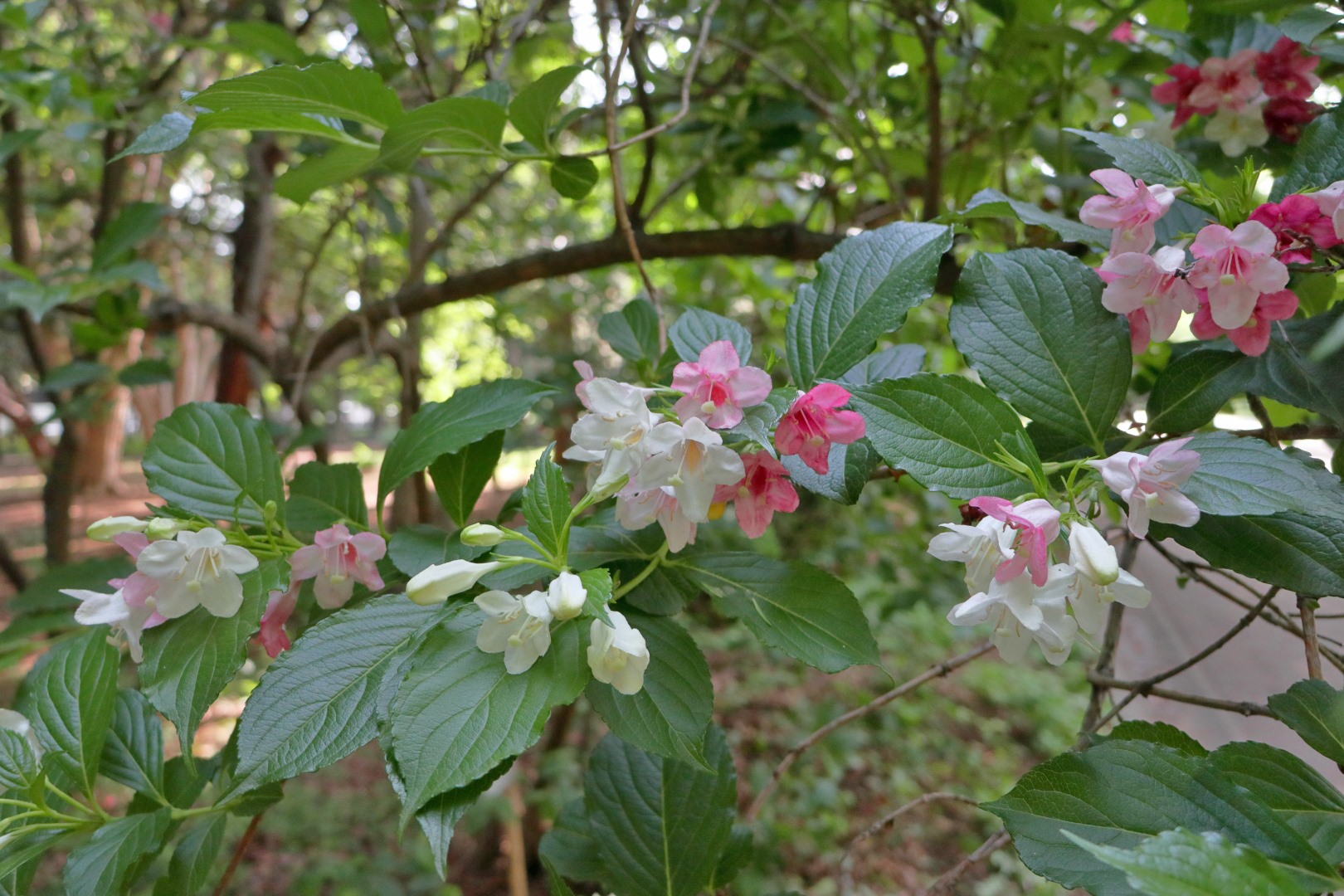 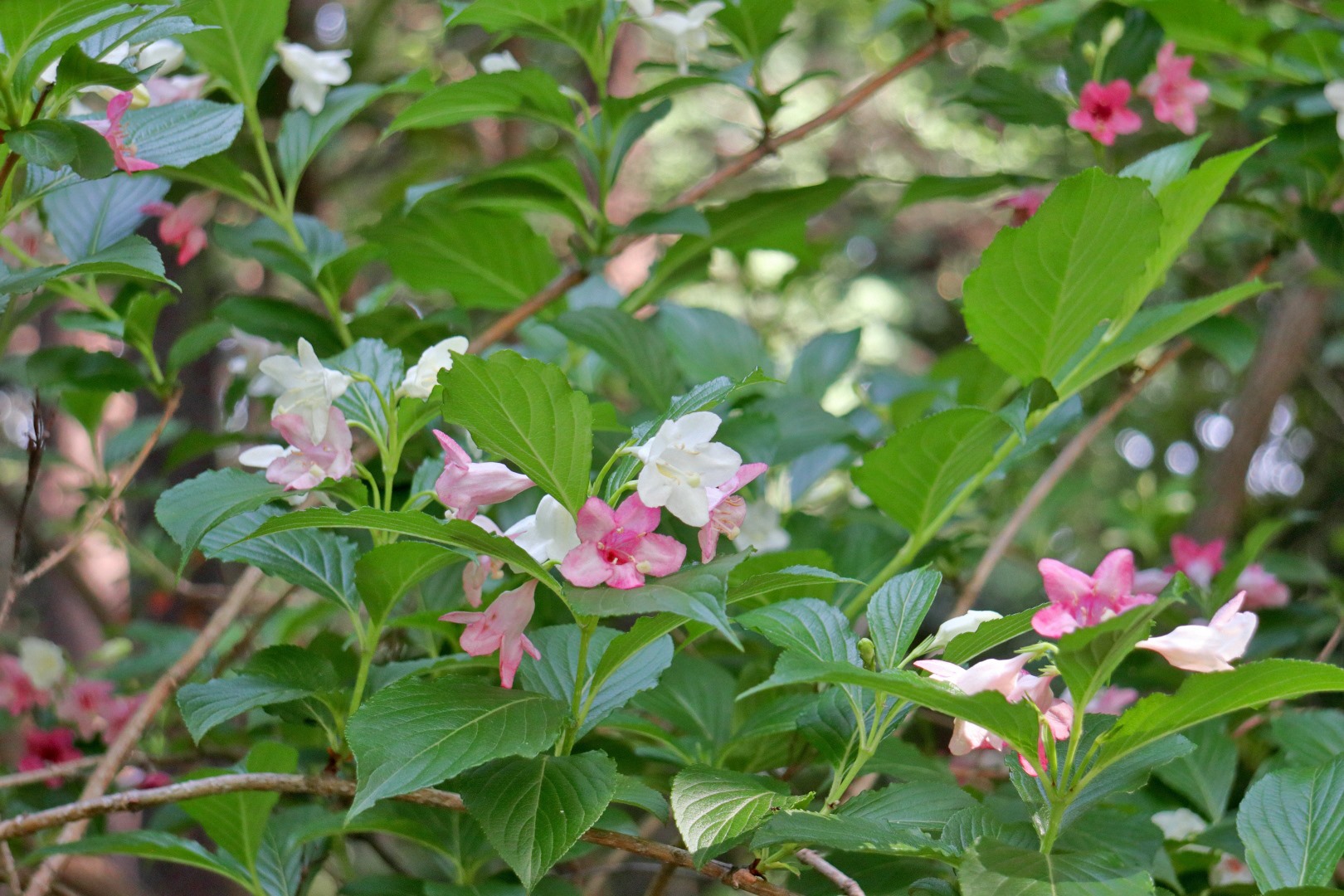 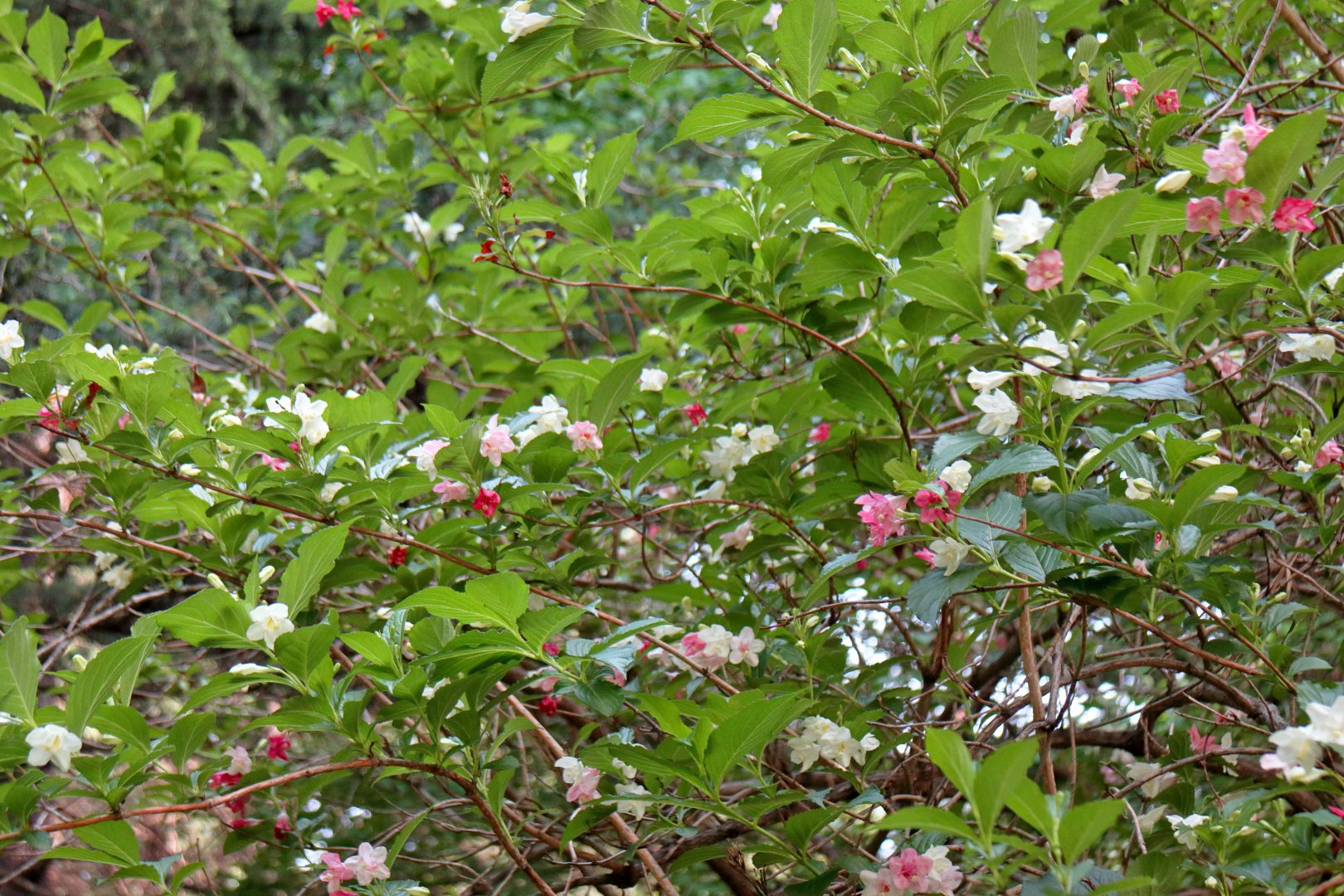